In 2002, people knew the Internet was going to be a big deal but the capacity for conceptualizing how big it could become was limited by their ability to conceptualize the best way to get web traffic on a site.  The strategy behind getting customers and visitors to view a website relied on setting a trap.  Web designers and web marketers (in their infancy) decided that to get web traffic you must lure in unsuspecting people from the Internet and guide them through some sort of flashy bait to a landing page.  Once inside the landing page visitors would bottleneck though a limited variety of pages and content that all exclusively lead back to each, essentially walling visitors inside their websites, never to leave again and turn their attention elsewhere.  The strategy of setting a snare under the cover of leaves and hoping for foot to catch in it, became the maxim for the way websites and internet marketing in general were designed.  They assumed that humans were much like a raccoon that if you put something small and shiny in a hole slightly smaller than a human fist, then we as humans would act like a raccoon and try to grab the small shiny object inside the hole.  Web developers and marketers assumed humans would act just like a raccoon and refuse to let go of the shiny object once it was in their hands.  The plan was that we would clinch the shiny object in our hands at all costs and never let go.  For anyone who has read “Where The Red Fern Grows”, you might remember that the main character builds a raccoon trap of the same nature to catch a raccoon to train his hunting dog.

Unfortunately for the the designers and marketers of the early days of the web, humans didn’t hold onto the shiny object, they simply let go when their attention span faded and went on to forage elsewhere on the Internet.  The shift from funneling visitors into websites and walling them in, changed as the market demanded the more open exchange of information and encouraged the growth of the Internet in general through reciprocal hyper-linking.  Web developers eventually recognized that people responded well to websites that had a lot of outgoing links to other sites.  Websites began to have followers that consistently trafficked their sites because the sites had become conduits for plugging their users into other sites which had useful services, info or content in general.  Many websites gained traffic not from specifically selling a good or service directly to a customer but rather were identified as sites with expertise in their respective field because they had become repositories for a wealth of helpful info and cool content.  Would you rather go to a website that was designed to shout “buy me”, “so awesome! you can’t resist!” or “great deal here”?  Or would you rather go to a website that pushed nothing on you and only put ideas, content and opinions on their table for the public to consume at will, with no strings attached?

Marketing in a traditional sense, has much like the old Internet paradigm, always relied on directing, shouting and touting to draw attention to whatever product or service it is positioning for public consumption.  Marketing in a traditional sense is also dead.  Mediums like print, radio and terrestrial broadcast television are no longer viable options for brands to expose their value, products, services, and insight to potential customers.  According to the Newspaper Association of America, print advertising revenues have fallen by over %50 percent since 2006.  Traditional targets of marketing have changed the way they consume media and information.  They are no longer reachable by advertisement schedules, email campaigns or bus stop billboards.  The recipients of today’s marketing efforts are on the go, so they  choose to consume media and  info on their demand.  Consumers are now doing their own footwork and investigation through web searches to find out what they need to know to make purchase decisions for the products and services they use or consume.  Traditional forms of advertising can no longer through smoke and mirrors or shouting and touting, persuade people to spend their time and money without doing due diligence.  Consumers reflect the change in the way people have turned information into a commodity that has quickly become the world’s common currency.

No longer can the purveyors of the marketplace demand you trust their brands preemptively, without offering up their expertise at no cost.

This is where Jay Baer, creator of Convince & Convert, a social media and content marketing service that currently operates the world’s #1 content marketing blog, comes into the picture.  Jay has quickly become the spokesman for a modern marketing thought paradigm that is focused on adding upfront value to the world instead of relying on smoke and mirrors to preemptively gain the trust of the people.  Jay has studied the profound impact businesses have seen when they embrace a culture of sharing information altruistically with customers and potential customers alike.

In Baer’s latest book Youtility, the author and frequent keynote speaker, lays out a full road map to understanding the new marketing paradigm, centered around providing people with utility in your area of expertise, or Youtility as Jay has coined it.  Jay gives his readers the blueprints for analyzing the ways in which they can hone in on their niche area of expertise and how to take that knowledge and serve it up for mass consumption.  In Youtility , readers learn that by providing a figurative buffet of knowledge through their website and respective social media outlets, that eventually people will find their way to businesses and have a more likely outcome of purchasing goods or services from the businesses.  Jay highlights a plethora of companies who changed their marketing paradigm or were early adopters to the current marketing paradigm.  Baer illustrates the importance of providing function and value to the public regardless of sales conversions or lead generations.  Youtility, is a straight forward book that will help readers see the forest for the trees.  Jay provides a mountain of information and resources for the reader to consider.  He does a great job of concisely making his points, while making sure to not talk over anyone’s head.  Baer does an excellent job of introducing emerging words from the current marketing lexicon and taking time to explain them or give them a contextual reference.

This book is a utilitarian guide to getting the most out of giving the most and is the gospel when it comes to embracing the new marketing paradigm.  Blogger Local highly recommends this read to any one interested in redefining their current business, those who wish to start a business in the current marketing paradigm and for those of you who just want to get inside the heads of the new type of customer that has emerged from the era of “self serve information”, as Baer puts it. 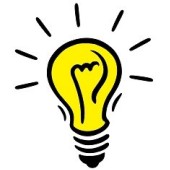 Blogger Local is a local media content blogging platform designed to give the metro area first-hand information, reviews and detailed company profiles about the local businesses that serve our community. The Benefits of Fostering Utility between Brands